How to Make High Phenolic EVOO

How to Make High Phenolic EVOO

Atsas Farm is located in the Green Line separating North an South Cyprus. The North is occupied by Turkish forces since the 1974 invasion. George David owner of Atsas farm is dedicated to producing high phenolic EVOO by employing regenerative agriculture principles in the olive grove. “How to Make High Phenolic EVOO” document was prepared by Aristoleo Ltd as part of the ARISTOIL Interreg MED Programme. Written by Nicolas Netien and Sofia Matsi

Atsas farm overlooks the Turkish occupied village of Petra. The 38-hectar land is located in one of Cyprus’ driest areas, receiving an average precipitation of 250 mm per year –one of Cyprus’ lowest rainfall levels. The site is located next to the sea with temperatures during the summers often rising above 40 degrees celsius. Though terrain is similar to the worldwide unique geology of Troodos’ mountains, resources on site are almost non-existent: pretty much no top soil available and with limited water resources. 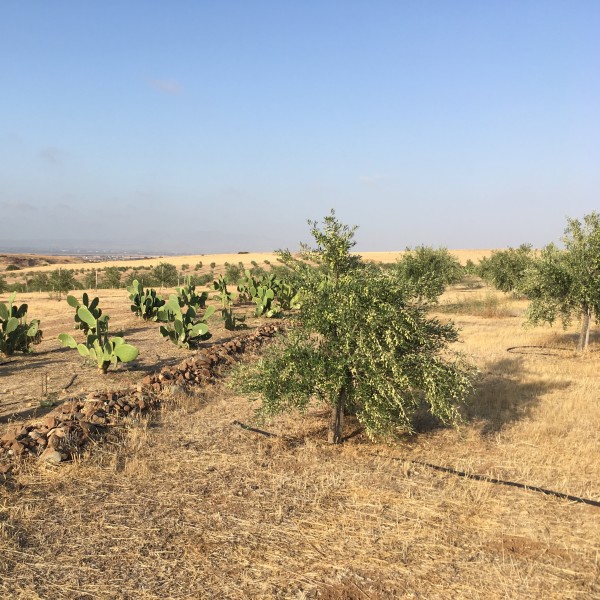 The vision of the plot’s owner was to invigorate the land and turn this arid rocky landscape into a productive agro ecosystem. First step to establish the desired olive grove was to survey the land and record all existing elements.

A first survey recorded all growing native plants. Life was very scarce at the beginning in this arid piece of land, apart from a few dryland pioneer plants.Six plants of crataegus azarolus were recorded, a species of hawthorn, as well as twenty ziziphus lotus and twenty capparis spinosa. A first goal was to help establish more life-attracting features and create wildlife corridors throughout the site. These features help invite in wildlife by offering food and shelter to a plethora of species necessary for the pollination, natural pest management and fertilization of the land. 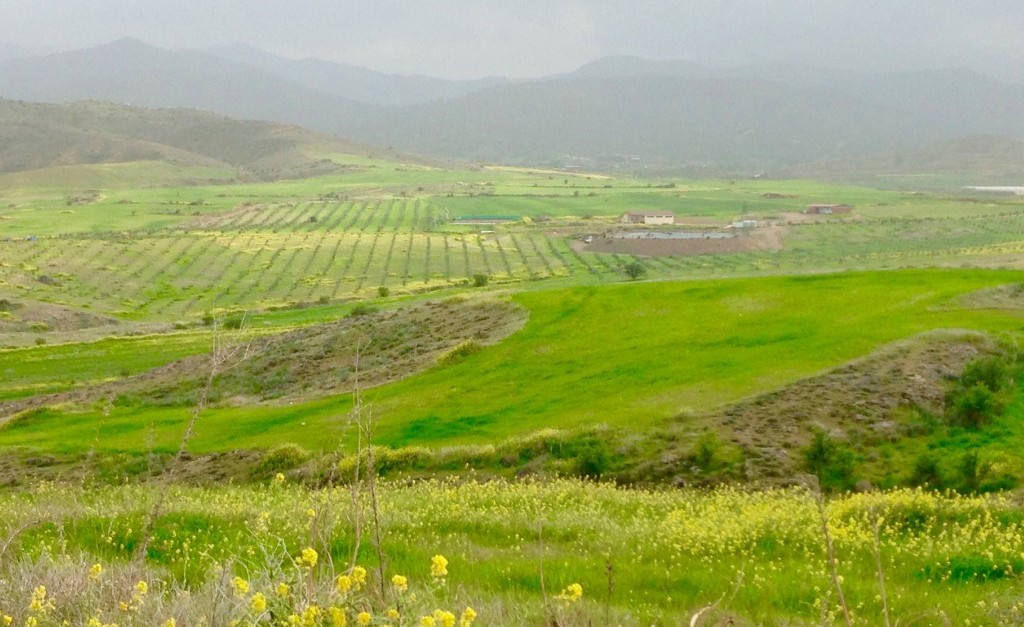 Greening the desert in Cyprus

Designing more integrated pest management features within the system is always desired. Hawthorn for example, becomes a shelter for wild birds. Birds feed on insects and pests that can affect crop and eventually help keep their population under control. Ziziphus lotus on the other hand is well known for its hydraulic redistribution function: its roots can go down to hundred and fifty meters deep, tap into to water and pump itright up where its needed. More plants can grow in these humid oases, which then become hosts for more wildlife like wild rabbits and birds. Birds bring in seeds of more plants, like wild asparagus, which they spread around through their droppings and eventually create an even denser and more diverse ecosystem. According to agro-ecological principles, diversity brings stability and by designing variety we help create more resilient systems. 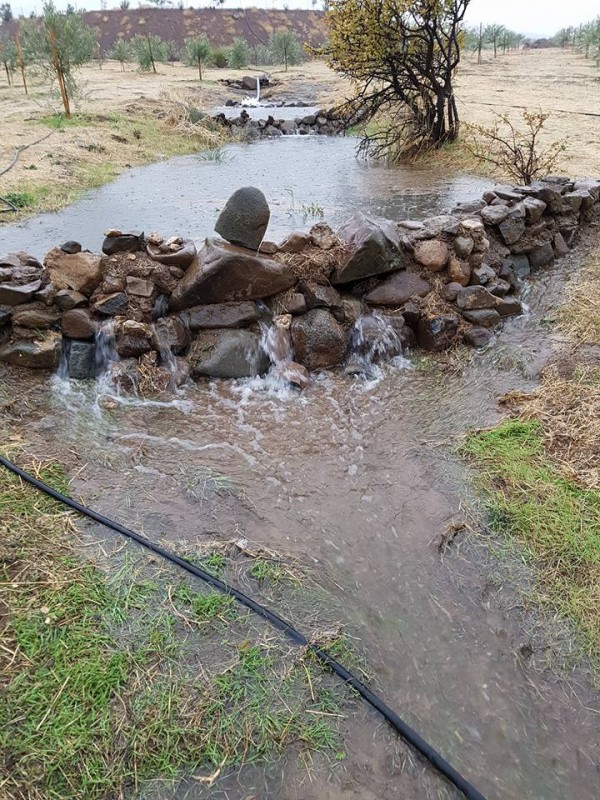 Standing by a topsoil catch basin, with the reservoir in the background, Nicolas describes water harvesting.

A second survey took a look on the morphology of the land. Erosiongalleys featured on the entire site, reflect rain patterns and the flow of water moving across the bare land in every rainfall. To address erosion, rock check dams were created: pilesof rocks were placed across the erosion galleys. Every time rain pours down, water is slowed down as soon as it reaches therocky walls, allowing water to infiltrate within the soil and more top soil to accumulate there. These rock formations are also a pole of attraction to birds, and eventually bring more plant life in: wild asparagus, juniper, even reeds are found growing on our constructed check dams addressing even further erosion control.