UPDATED: Sept 09 2018
How do you measure phenolic content in EVOO?
This question has been used as a pretext to stalling or even negating the EU 432/2012 health claim labeling regulation since its approval in 2012.. 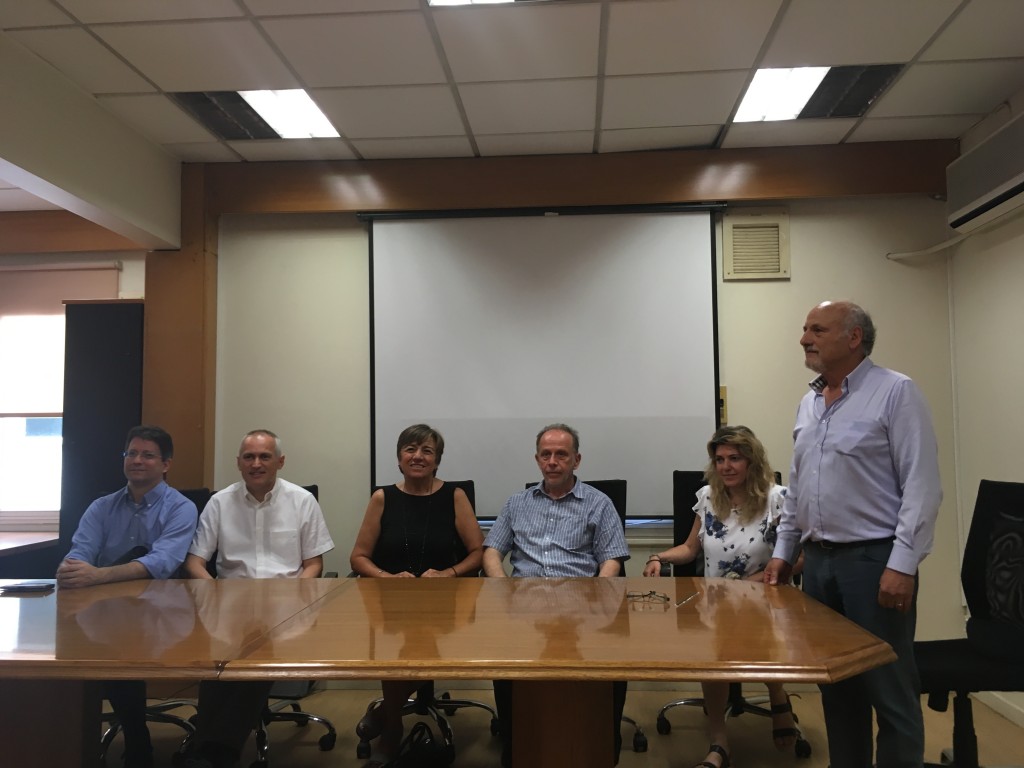 At SEVITEL seminar they continue to, argue about how to measure polyphenols

Why would anyone wish to stall or negate the EU 432/health claim for EVOO?
The answer can be found in my previous article
I have written numerous articles about this issue published in oliveoiltimes.com since 2013. Regardless of the proof I provided to the “experts” to explain the obvious they refuse to accept it. Lately they have even resorted to outright lying.
In a recent seminar I attended organized by SEVITEL in Athens (Association of Olive Oil Bottling Industry)  some of the Greek industry experts present seemed unaware of basic chemistry and seemed to lack common sense. One of them claimed the method used by Dr. Maria Isabel Covas team who conducted the human trials that led to the adoption of the health claim by the EU was the same method used by the IOC namely the HPLC. I responded by informing this person I have spoken to Dr. Covas and was informed it was the HPLC-MS/MS method they used to measure the phenolic content. Nevertheless this person insisted. “You are wrong” they declared and turned their back to me and walked away.
The difference between HPLC and HPLC_MS/MS and NMR methods can be characterized as follows:
The phenolic compounds that are being analyzed have a different molecular weight – as you can see below oleocanthal and oleacein are almost double the molecular weight of Tyrosol and Hydroxytyrosol
Here is the molecular weight of each of the phenolic compounds mentioned above:
Oleocanthal 304.34 g/mol
Oleacein 320.341
Tyrosol 138.164 g/mol
Hydrosytyrosol 154.16 g/mol
This is why the difference between the measurement by the new HPLC-MS/MS* and NMR method is more than twice the concentration of the old HPLC* method.
* the difference between HPLC-MS/MS and HPLC is about $350,000 in lab equipment cost.
A sophisticated new health claim for polyphenols in olive oil such as the 432/2012 labeling regulation deserve sophisticated and accurate methods of measurement.
The HPLC method cannot measure oleocanthal and oleacein and many other phenolic compounds in their original form and measures them as if they are tyrosol and hydroxytyrosol using reagents such as methanol.
The HPLC-MS/MS method and the NMR method measure the molecular weight of each phenolic compound.
So to make it simple for the chemists who still deny the obvious:
In the process of measuring oleocanthal and oleacein as if it’s  tyrosol and hydroxytyrosol the molecular weight is not taken into consideration; all molecular weight is considered to be the same… all the phenolic compounds are measured as if they are the same molecular weight as tyrosol and hydroxytyrosol.
This is why the results of HPLC analysis as compared to HPLC-MS/MS  and NMR method is less than half the actual concentration.
I will give you an example even a 6 year old can understand:

If you have a basket of fruit filled with oranges and plums, and plums weigh about half what the oranges weigh. But if you use the plums for standardization then you will count the number of fruit in the basket and weigh only one plum and multiply it by the number of fruit in the basket. Not taking in consideration the difference in weight between the oranges and plums.

These phenolic compounds extracted from olive mill waste waters (hydroxytyrosol, tyrosol) do not have the same health benefit as phenolic compounds (oleocanthal, oleacein) that are found in significant amounts in early harvest olive oil made form specific olive tree varieties.

These scientists refuse to acknowledge this basic knowledge and facts of chemistry and yet they have the responsibility to clarify how to measure polyphenols in olive oil for implementing the health claim.

This is the sad state of modern Greek bureaucracy and politics. They are subservient to foreign interests and lack courage to stand up to the big olive oil interests, lack creativity and deny modern science in trying to promote their most precious commodity. No wonder Greece still sells most of its early harvest EVOO to Italians and Spanish companies cheaper than Tunisia.
This is the proof of the corruptive influence of the large global olive oil industry as it snares into its influence, scientists, bureaucrats and politicians. In the olive oil business they prefer to chemically treat rancid olive oil and sell it as virgin or mix it with extra virgin to give it some taste instead of producing the most nutritional and health protective olive oil they can; early harvest olive oil.
There is so much disinformation even in Greece as I personally witnessed at this seminar that I attended. I even witnessed olive growers eating old semi rancid olive oil because they believe the sweet olive oil is the best; they think if its bitter and peppery its gone bad.
This is what the Greek olive oil industry has done to my country where the highest quality olive oil was first recognized, produced and traded to other olive oil regions of the ancient world such as Israel, Lebanon, Persia and even as far as present day Afghanistan. back then it was all branded as the Olive oil of the Olympic winners! That is why they placed an olive wreath on their heads. This was what made them stay healthy, increase their endurance, become stronger, live long and prosper. 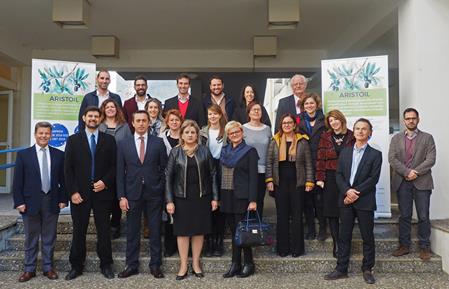 In recent years a new wave of young Greek and Cypriot olive growers have revived this ancient Hellenic quality early harvest EVOO and are making it available to the world.
High Phenolic EVOO

So with the HPLC method you would need at least twice the minimum amount to qualify for the health claim.
So back to the real world – by forcing us to use HPLC which demeans the concentration by at least half we would actually need to 500mg per kg to barely qualify for the 250 mg per kg minimum requirement of the EU 432/2012 health claim. If we wanted to make sure our EVOO would have sufficient phenolic compounds to comply with the health claim over a 1-2 year period we would need 750mg per kg 3 times the minimum! Kafka would have written this so much better than I…
In order to be absolutely clear about which method was used for the substantiation of the concentration of phenolic compounds in olive oil for the health claim I wrote to Dr. Maria Isabel Covas a second time (the first time was in 2014) for an article that was published on oliveoiltimes.com and here is her answer, again:
PS HPLC on its own without the MS/MS attached, HPLC gives a similar result as Folin–Ciocalteu. These are cheap and dirty methods to measure Phenolic compounds and are not accurate… see email below.

Sorry to inform you again  that the measurement of phenolic compound in EUROLIVE was by HPLC-MS/MS.
In the Ann Int Med paper (Covas et al, 2010) the referred values were measured by Folin–Ciocalteu and expressed as mg/Kg CAE (Caffeic acid equivalents ) (2.7 mg/Kg; 164 mg/kg, and 366 mg/Kg). In the biological samples the measurement was always by HPLC-MS/MS.
However, in  a paper published in 2010, the phenolic content of the high content olive oil used in the EUROLIVE was measured by HPLC-MS/MS. The value of phenolic compounds was 629 mg/Kg, higher that that obtained by Folin–Ciocalteu (366 mg per kg).
In this paper the individual phenolic compounds in the virgin olive oil are detailed. This paper I sent to the EU Commission at their request when they were dealing with the EFSA Health Claim. I am sending this paper and that of the Annals to you. (see live links above)

I think that this issue was commented, at my request, in the Baena Congress we met. I sent a sample to the EUROLIVE oils to Prof. Prokopios. He compared the values and wrote me that the values were comparable.

The only official method for measuring phenolic compounds of EVOO to substantiate the EU 432/2012 health claim and place it on the label is HPLC-MS/MS or any other method whose measurement matches it namely the NMR method. The NMR has the added advantage of measuring each phenolic compound in seconds without the use of any chemical reagents.
Dr. Prokopios Magiatis and Dr. Eleni Melliou along with a team of researchers developed the NMR method at the Univ of Athens in 2012. They also invented the Aristoleo Test Kit, “lab in a vial” and the “Aristometro” portable spectrometer, and the “Predictor” a handheld portable olive mill. 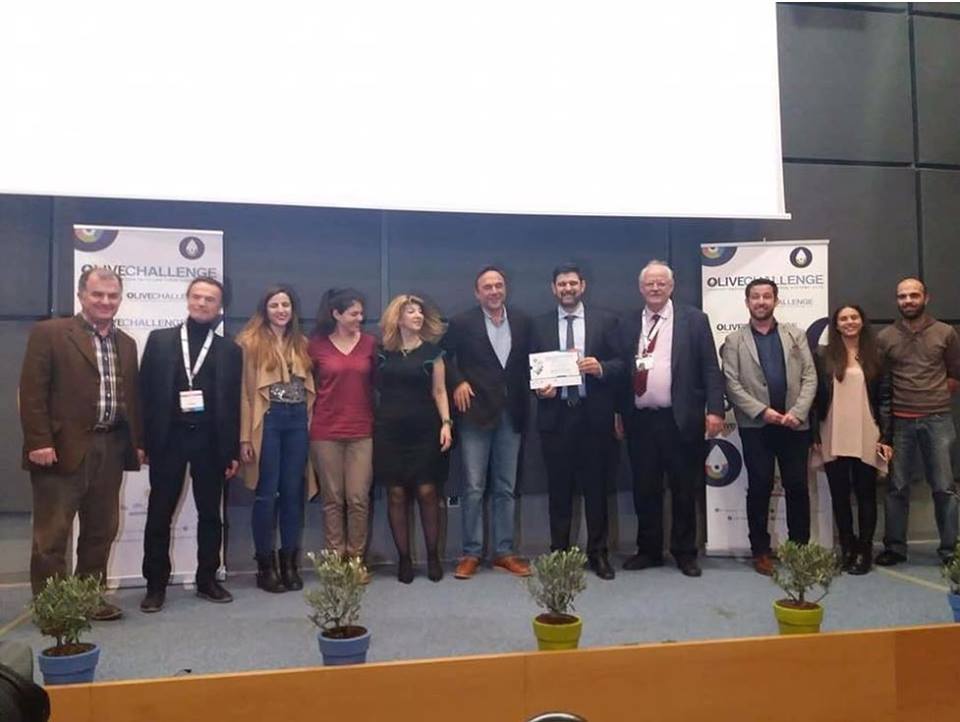 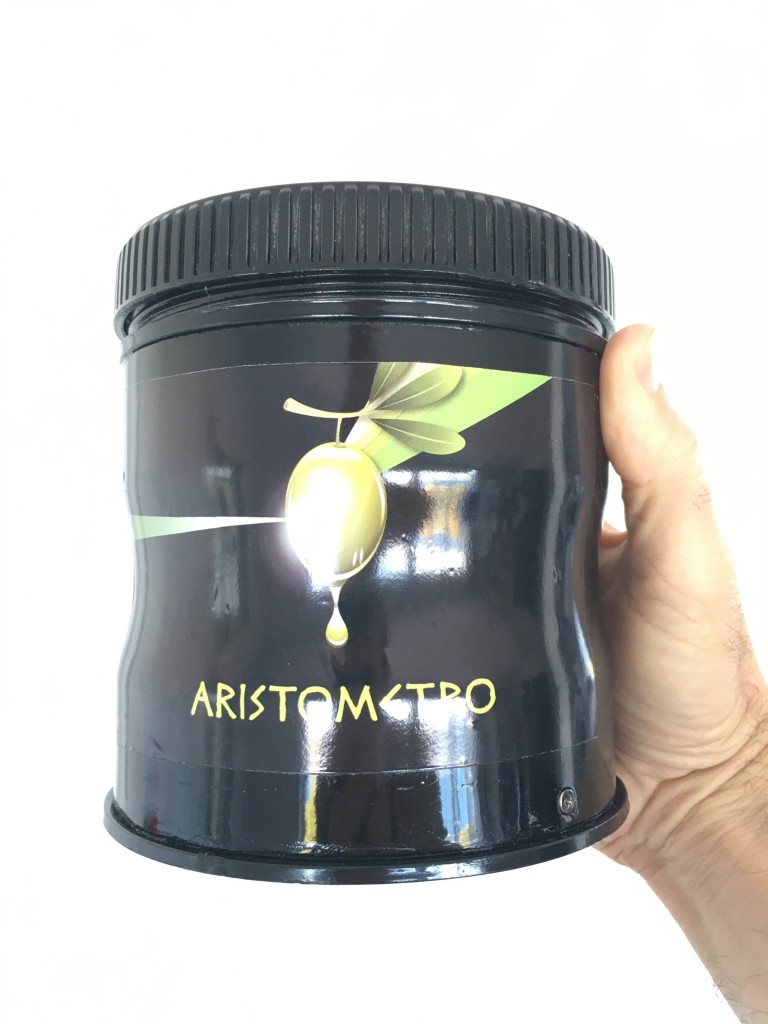 The Aristometro, and the Predictor were created under the Interreg MED programme 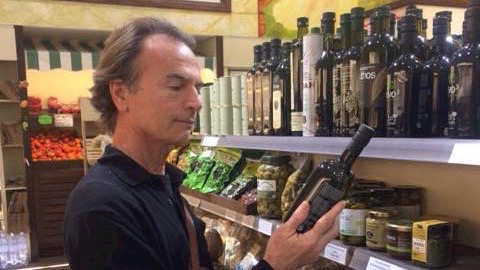