High Phenolic Bread Every Day Keeps the Doctor Away?

The ancient Hellenic culture really valued polyphenols; From early harvest olive oil, to rich red wine, and now the triptych is complete with high phenolic bread. Olive oil, wine and bread are the cornerstone of the healthiest diet on the planet and now we learning why. It is almost 8 years ago that Dr. Prokopios Magiatis and Dr. Eleni Melliou and their team of researchers a the Univ. of Athens, revolutionized the olive industry. They discovered a way to measure the healthfullness of olive oil and olives using the NMR method (Nuclear Magnetic Resonance) to analyze the concentration of polyphenols. 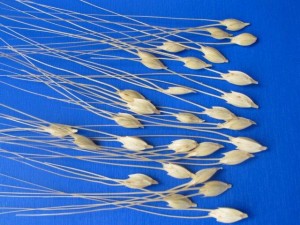 «Studying cereals from different countries the research revealed the traditional Greek wheat varieties Triticum dicoccum and Triticum monococcum contained the highest phenol content of that has been recorded in the international literature for the last twenty years.» 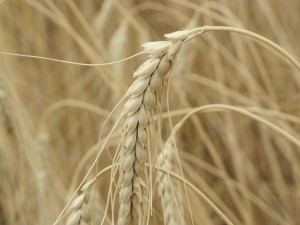 The real health benefit was never derived from the monounsaturated fat content, and the olive oil industry has known this for decades. When the humongous olive oil industry, the chefs, the Int’l olive oil competitions, thousands of articles claim the healthy fat of olive oil is what makes it a healthy alternative to animal fat or butter it is accepted without question… almost. There is no other choice or voice of opposition. The world changed in 2012 when the EU health claim 432/2012 for polyphenols was approved. Research from clinical trials is indicating the health benefit derived from high phenolic EVOO does not require an overhaul of your diet. You simply replace the olive oil you are using now with the high phenolic EVOO.

The Health claim 432/2012 for polyphenols is backed by the EU by continuing to support research on how to consistently produce high phenolic EVOO. 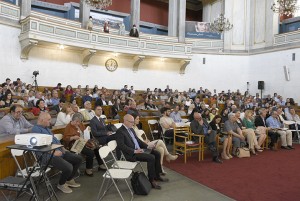 “The health benefits of olive oil are 99 percent related to the presence of the phenolic compounds, not the oil itself,” said Nasir Malik, research plant physiologist at the U.S. Department of Agriculture (USDA)’s Agricultural Research Service.

Mediterranean Diet is No More

The Meditarranean Diet is dead. Killed by a thousand knives of compromise between food industry, government lawmakers, lobbyists, and dieticians. The real superfood and super healthy diet is based on the ingredients we consume and not the diet hype we are being fed. The important aspect of the ancient Hellenic diet is its organic and nutritionally rich nature.

We are discovering the basic elements of the ancient hellenic diet are very high in antioxidants such polyphenols found in wine, early harvest EVOO, fruit and nuts and now also bread. 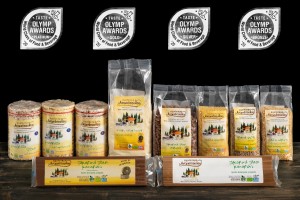 Ancient Hellenic grains for everyday use are now available

But How About Bread?

Why was bread so important to the ancient Hellenes? With all the negative press about bread these days, it makes you wonder. Drs Eleni Melliou and Prokopios Magiatis at the Univ. of Athens, decided to find out. But first they had to find the grains and flours made from the same ancient seeds that are almost extinct today. Dan Flynn from the U.C. Davis Olive OIl Center joined the effort. Flynn is a dedicated and well educated avid bread maker as well. https://www.mdpi.com/2304-8158/9/8/1025/htm

They tested the ancient varieties and compared them with the modern varieties of wheat. The results did not surprise them. The ancient Hellenic organic strains by Antonopoulos Farms contained far higher concentration of polyphenols than any other strain. The two highest phenolic breads were made with Triticum monococcum (known as a type of Einkorn wheat) and Triticum dicoccum (known as an ancient type of Emmer or Zea wheat) has the highest concentrations of polyphenols called 5–Alkylresorcinols. 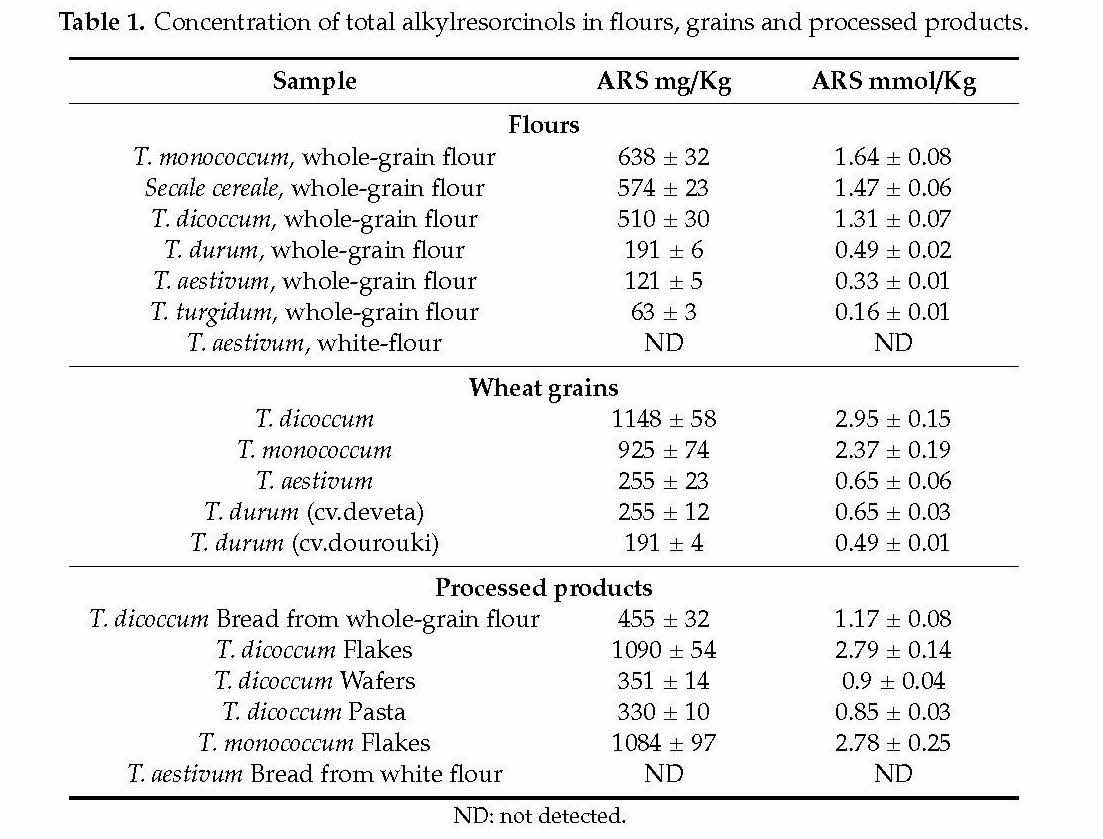 High Phenolic Bread was Shunned for 100 years ago

There are a lot of theories of why zea wheat ceased to be produced in Greece. The simple answer is they could produce more bread with white flour. Not in weight but in mass. Following the WWI industrialized food production was developed for the masses from the ashes of the “Reserve Rations” created for the troops in the field. This is how in modern industrialized food production, white flour became so popular but it contains almost zero Alkylresorcinol. This is what they have been feeding us for the last 100 years. They have served us substandard food for profit. We have been essentially been fed reserve rations designed for short emergency situation for soldiers in the field. We have been fed a sub-nutritional, high fat, high sugar and high salt diet. Is there any wonder why the rise of cancers of all kinds, and other diseases have become the norm instead of the exception? Industrial food production has no interest in producing highly nutritional food products. There is not enough profit in it for them.

Today consumers are waking up to the damage caused by subnutritional food and over processed food supply. They are seeking the health and vitality of their ancestors. Next time you are In Greece visit small villages graveyards and you will be astounded to see at what age people died; 80s, 90s, and over 100 is not unusual. Most of them never went to a doctor or used supplements or even aspirin. Today I see old ladies and old Greek men walk out of pharmacies with bags full of pills for every conceivable ailment real or imagined. Diabetes, high blood pressure, low blood pressure, arthritis, etc.

We cannot depend on our governments to protects us against the food industry sub nutritional food supply. We need to make the right choices and support those that are struggling to produce the highest possible nutrition in its natural form – in food. As a wise man once said: Let food be thy medicine and let medicine be thy food.

Food as a Medicine

Food as medicine is gaining acceptance once again after many decades and centuries. I grew up knowing early harvest olive oil was a medicine, bread was dark and heavy, vegetables were straight from the nearby farms, and not from south America or the far east, milk arrived by horse drawn cart every morning straight from the dairy farm. I used to run downstairs with a cooking pot to fill. It was boiled and served hot. I was not living in a village this was central Athens 1964. The nutritional value intact and the farmers were able to sell their crops directly to the customers cutting out the middlemen. This was the real economy. Today in Greece we have traders enriching themselves selling fresh olive oil to Italy and Spain at the lowest prices. Others by importing cheap subsidized fruit like lemons so Argentina can gather some much needed foreign currency. The Argentinian lemons are dry and useless while Greek lemons are not being picked because the prices are so low it’s not worth it. But we do not find Greek lemons in the supermarket. Nor do we find quality Greek olive oil or quality bread.

First was the rise of Greek olive oil commencing in 2013 fater the EU health claim regulation for polyphenols. It was finally recognized not only as a delicious addition to any dish, but also asounding scientists with its  significant medicinal value in multiple human clinical trials.

Now the spotlight is on the ancient Hellenic grains and the Antonopoulos brothers who have been working for the last 40 years tirelessly gathering ancient Hellenic seeds. They are finally getting the recognition they deserve and we get the quality grains, flour, pasta, and bread we need.

For more information contact the author Athan Gadanidis at athan@aristoleo.com