I remember growing up in Greece and seeing my grandfather drink a shot of olive oil mixed in wine first thing in the morning. This olive oil was bitter and peppery to the throat but once mixed in wine all the bitterness and pepperiness would disappear. Only recently it was discovered that mixing olive oil and wine had a synergistic effect on the endothelial cells in the heart. It relaxes them and keeps them relaxed for two hours when early harvest olive oil is consumed with wine.

Combined consumption of red wine and green olive oil (both rich in antioxidants) improved FMD postprandially (p = 0.002, ANOVA for repeated measures), which remained significant 1 hour (p = 0.002) and 2 hours (0.037) following the meal compared to fasting levels. No other combination of wine and olive oil caused any significant alteration on FMD.

But for me growing up in the summers on the family farm once the olive oil was mixed in a salad with lemon and vinegar it was a race to see who would dip their bread in the mixture the most once the salad was almost done. This early harvest olive oil was most treasured and never sold on the market. The olive growers would produce it only for themselves and their families they would use it as medicine for toothaches, headaches, muscle pain etc. There was no market to buy it. It was very expensive to produce because it required a great deal more olives to produce the same amount of early harvest olive oil than if the olives were ripe. It was a real treat and it was treasured as a medicine. It was kept in the basement where wine was stored as well. In the hot summers it was a great place to hang out and play until we were eventually caught…

The most rewarding aspect of being involved in the olive oil industry is the sheer magnitude of the possibilities that have yet to be explored. Olive oil and wine – together again after thousands of years of separation. Despite olive oil being around for thousands of years its development has been stunted by greed, over production of inferior quality olive oil, fraud, and out right deception. Its reputation as a “medicine” slowly eroded and it was mostly forgotten. Especially since olive oil production became industrialized and it was impossible to produce early harvest olive oil in large quantities and at low cost. So the production focused on making mild olive oils that could compete in price with corn oils and canola oils, and the marketing efforts for olive oil were geared towards the healthy mono unsaturated fat content. Even plain olive oil has the healthy fats in abundance. Extra virgin olive oil represents less than 10% of the world market for olive oil.

Aristoleo was born out of the scientific research of olive oil and its health benefits. What we are discovering is that olive oils much more than a source of healthy mono unsaturated fat. It also contains a large variety of phenolic compounds that have recently been recognized for their health benefits by the EU health claim labeling regulation 432/2012 for polyphenols in olive oil. 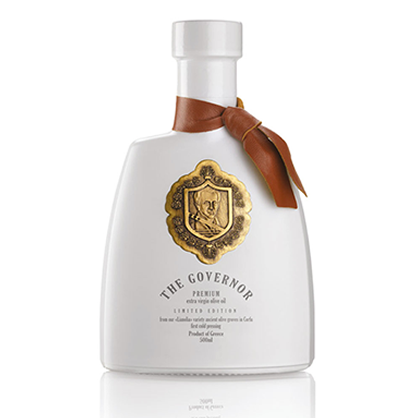 The Governor olive oil from Corfu island in Greece was the first olive oil to place the health claim on the label in the EU and it is the first olive oil we are introducing to the Canadian and American market. We cannot place the health claim on the label or make any claims in North America about polyphenols but that is like trying to hide behind one’s finger.. how can we stop anyone from researching it on the internet? The days of information control are over.

Health benefits is what made olive oil a staple superfood and “medicine” thousands of years ago. What this health claim did is bring back the focus on the polyphenols and away from the emphasis on the mono-unsaturated fat content. It’s the concentration of polyphenols that determine the level of healthfullness of the olive oil. Even the Americans know that! But in the EU many scientists, olive oil executives simply did not want the health claim to be implemented. The reason was it brought the enemy of the big olive oil industry to their front door; TRANSPARENCY

“The health benefits of olive oil are 99 percent related to the presence of the phenolic compounds, not the oil itself,” said Nasir Malik, of (USDA)’s Agricultural Research Service.

So even though the American scientists are well aware of the enhanced health benefits of the polyphenol content in olive oil we are not allowed to make any claims beyond presenting the latest research which will eventually lead to health claims being accepted in North America as well.  So for now we make no health claims based on the level of polyphenols in the olive oil. 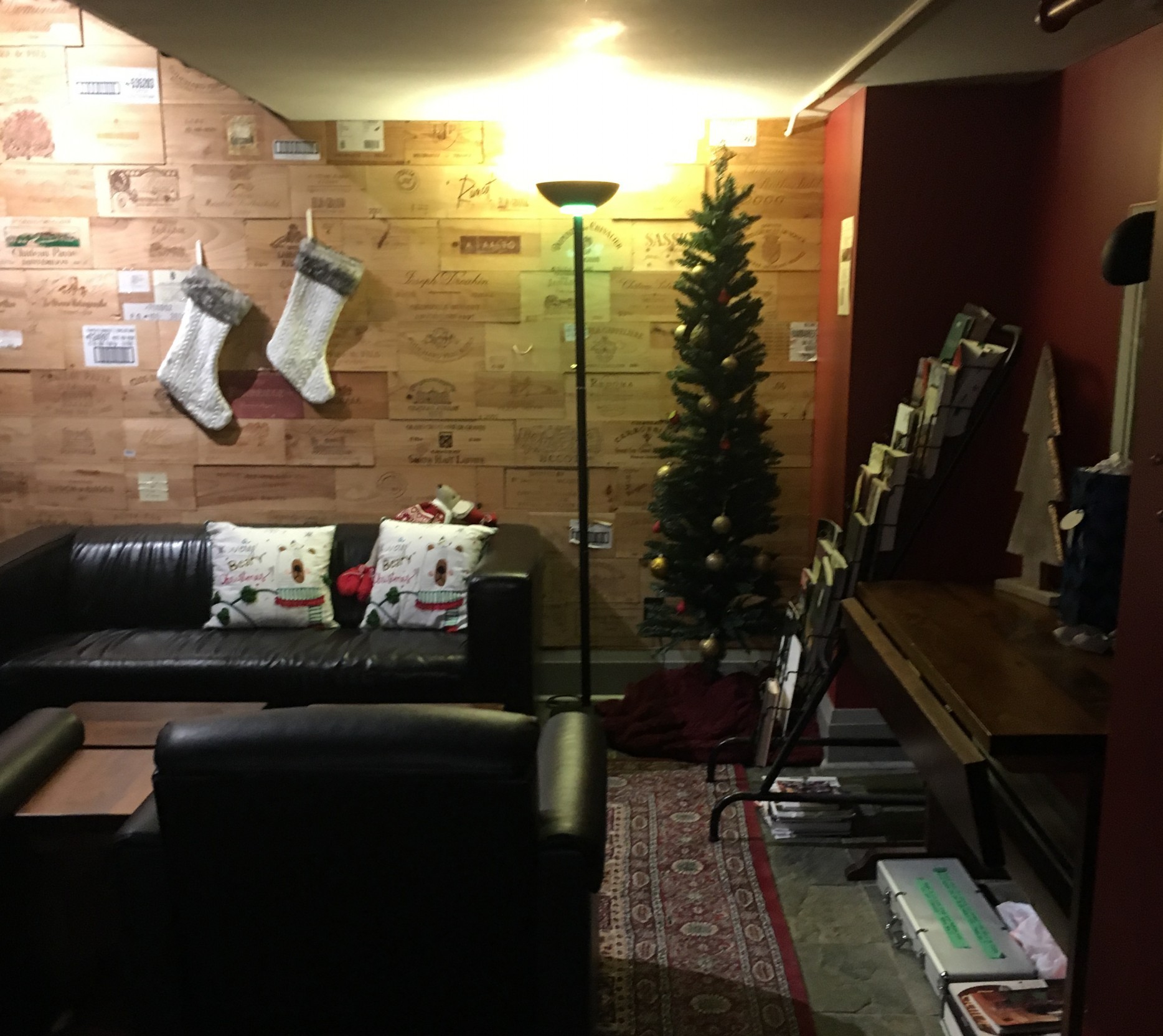 Lounge area in the tasting room

After searching for a storage facility and distribution I came up empty. I searched all the cold storage facilities in Toronto and did not find anything suitable. Then I remembered my grandfather and wine and olive oil. Fine wine needs cold storage as well. Within a minute on google search I found a wine storage facility with a tasting room and packing facility ready to go right downtown Toronto. 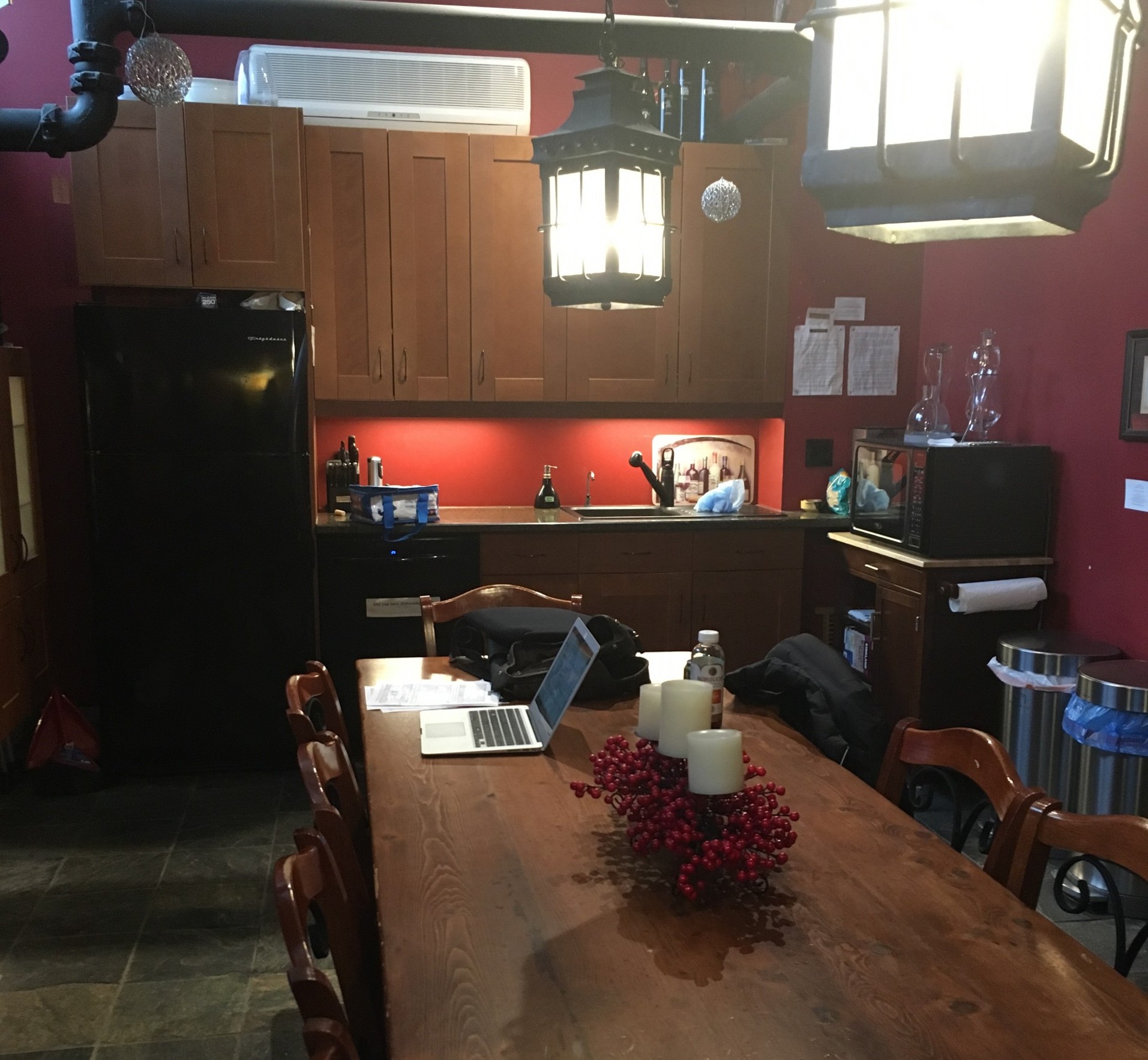 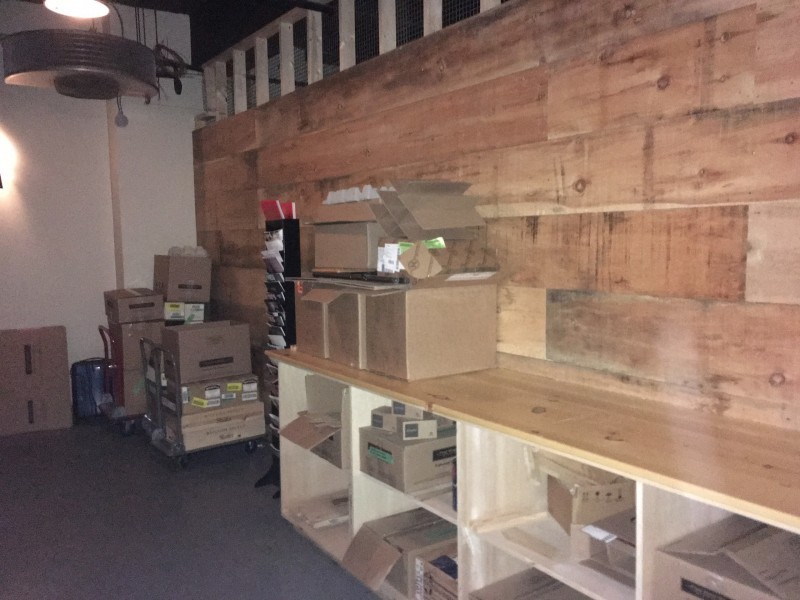 Greek olive growers however still suffering under the yoke of economic austerity and corruption from all sides, saw the opportunity to revive the ancient Hellenic “medicinal” quality of olive oil. Supported by a small but dedicated team of researchers led by Dr Prokopios Magiatis they forged a new way forward guided by ancient texts and theories and they attempted to verify them or discard them by modern science. They developed new methods to accurately measure the concentration of polyphenols in olive oil (the nuclear magnetic resonance method or simply the NMR. They created new olive oil competitions (Aristoleo Awards) focusing on the polyphenols to award the gold medals and not so much on the aromas or the concept of “harmonic taste”. Organoleptic analysis is great to validate the olive oil was produced under proper conditions and has no taste defects. The rest is up to chemical analysis and proper labelling.

The ARISTOIL Interreg MED programme is a 3 year 5 country study to determine the best agronomic factors that contribute to producing early harvest olives oils with high phenolic content in order to increase the competitiveness of the small independent olive growers and to produce a better quality product. Ending in Jan 31 2020 ARISTOIL will then develop into a certification association certifying the olive growers, the olive mills, the bottling companies, the transportation and storage, and restaurants and hotels that use the certified olive oil with a health claim in the EU and the symbol will be recognizable as the BIO symbol for organic designation. Using the state of the art analytical methods such as the NMR method (Nuclear Magnetic Resonance) and LC-MS/MS (Liquid Chromatography with tandem mass spectrometry)

Transparency has finally arrived in the olive oil industry. It was rooted in our collective past right under our noses the whole time.