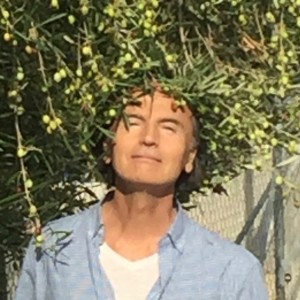 Athan and I extend our heartfelt thanks to all our generous friends and donors as we close this campaign, Aristoleo Prostate Cancer Pilot Study and introduce a new one strictly for the next phase of Athan’s treatments.

Thanks to you, we have come to a clear direction for the next phase going forward to ensure Athan’s continued progress and the ultimate success of this treatment being proven and available on a larger scale to men facing prostate cancer – sooner rather than later.

When Athan was diagnosed with prostate cancer last year, we began with just an idea and the vision ultimately of a full clinical trial. We continue to hold that vision, but will separate campaigns as they unfold.

3. Clinical Trial Phase One – Safety. There is enough data already from Athan’s treatments for application to Health Canada to approve this clinical trial.
Budget: $200,000 – $250,000.

Nothing Short of Heroic!

We are making history. There have already been “revolutionary” discoveries from this trial and Athan’s willingness to be injected with pure oleocanthal. These will be shared once they are published. It has all been very gratifying even though we are not moving forward with Athan’s treatments as quickly as we would have liked.

“Normal” timing on getting to this stage going through in vitro (petri dish) then in vivo (animal) trials leading to a human trial would take years and millions of dollars. We have accomplished a lot with a little.

We started this campaign in February with no idea where or how we could proceed. We looked into China, Mexico and Jordan as potential places where regulations were more open to experimental practices.

It was synchronicity through a friend and one of the first donors to find a doctor in Toronto already doing injections and IV infusions with other substances for the treatment of prostate cancer.

We didn’t connect with him until April and then Athan had to return to Greece in May for our Aristoleo Awards and Conference. He then went back to Toronto in late June and in July did full check up with an MD. CT and bone scan, MRI and biopsy. With the exception of the biopsy, these happened before injections began.

The private Toronto cancer clinic doctor was up for the trial and Athan directed him on the administration and slowly increasing dosages. Athan conferred with several oleocanthal researchers at each step.

The doctor began with injecting pure oleocanthal dissolved in a specially prepared solution around the prostate and then directly into the prostate. The results of the CT Scan done the previous month (July) became available and Athan was then informed the cancer had already metastasized (in previous November although he had been informed it had not) so the injections into the prostate were not going to be effective.

These were all low doses but increasing. We were constrained on frequency due to funding.

Mid August Athan began the I.V. infusions, which were more expensive as they required a heart monitor and nurse attendance in case of adverse reactions. He had four of those with ever-increasing doses but had to stop and return to Greece for EU program meetings mid October. We had also run out of oleocanthal and funding had long since been spent.

We have already accomplished a great deal from this pilot.

1. Phase I trial to determine the safety parameters of oleocanthal injections can now be more easily approved for both intra-tumoural and I.V. infusions. Phase I clinical trial can now proceed out of this finding – separate funding ($250,000)

3. The I.V. infusions had a notable positive effect – this may have implications developing new treatments for muscle and joint inflammation and pain – arthritis or sport injury rehabilitation purposes – replace cortisone? Needs separate trial.

4. There was a major discovery made about the nature of oleocanthal, which we cannot disclose until it is formally presented in a medical journal. This will lead to better understanding of the healing and cancer killing properties of this amazing molecule, oleocanthal.

Thank you once again for your faith, trust, donations and moral support.

We ask you to share the link to the new campaign to see Athan firmly on the road to wellness and a trail blazed for the millions of men who will follow in his tracks.

In deep gratitude,
Marilyn and Athan