The ARISTOIL Interreg Med Programme is coming to an end but we are not finished yet.

The next phase of of the ARISTOIL certification mandate is just beginning. This new phase of ARISTOIL will revolutionize the olive oil industry. It will finally provide what the olive oil industry has tried so hard to cast aside. Accountability, Quality, Guarantee, and Certification of this new category of olive oil created by the EU health claim for polyphenols. By accepting this new health claim for for polyphenols in olive oil the EU took one giant step back into ancient times when the first health claim for food was invented: “Let Food be thy Medicine and Let Medicine be thy Food” Hippocrates 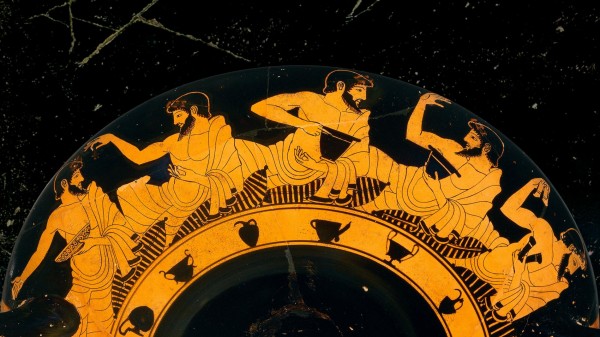 2012 was the first time in thousands of years that high phenolic early harvest EVOOs were recognized for their exceptional health benefits derived from the type and concentration of polyphenols. The ARISTOIL Interreg MED programme was designed to study and teach the best practices to produce high phenolic EVOO in the olive grove, in the olive mill, and how to maintain the polyphenols in the EVOO. https://aristoleo.com/aristoil-interreg-med-programme/

From 2012 until 2016 a great debate raged across the olive oil world among all the stakeholders. By identifying the health benefits derived from the presence of polyphenols the health claim regulation brought attention to the low quality of olive oil being sold and consumed in the EU and around the world.

Two events coincided almost to the day in Dec 2012. The EU 432/2012 health claim came into effect, and the other was the development of the NMR method (Nuclear Magnetic Resonance) of measuring each and every phenolic compound in one pass without the use of any reagents mixed with the olive oil. It was like fate was actively supporting this new health claim to be implemented in a transparent manner.

A debate began spurred by the olive oil industry’s distaste for anything new. The olive oil industry was just fine despite the numerous scandals of adulteration and sub standard olive oil on supermarket shelves. They focused on the health benefits of the mono-unsaturated fat content. In order to derive any health benefit from simply consuming mono-unsaturated fat from olive oil, you would have to cease eating animal fat such as butter and replace it with olive oil. Since the olive oil available was such low quality the olive oil industry began promoting the flavored olive oils; these mass produced olive oils mask the lower quality of olive oil used and make it more palatable to be used every day as a substitute for animal fat. But there are exceptions; you can find many exquisite artisan flavored olive oils made from the highest quality of organic EVOOs and natural flavors masterfully blended to perfection. eg. Bioarmonia.gr  https://youtu.be/9GTyEivL9RM 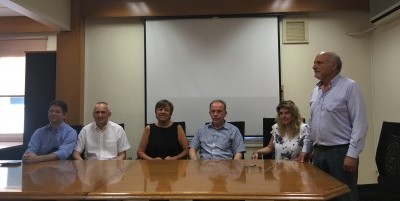 At SEVITEL seminar they continue to argue about how to measure polyphenols despite the clear scientific proof provided by EFSA.

At first other scientists focused more on the health benefits of the Mediterranean diet as a whole rejected the EU 432/2012 health claim as needing to be re-written… this was interesting because the ones who wrote this health claim were epidemiologists who had no business writing a health claim that required analytical chemists with knowledge of analytical methods. This was the problem. There was only one method used to determine  the concentration of polyphenols in EVOO. This was the same method used by the scientists that conducted the human clinical trials;

The polyphenols were measured by HPLC-diode array detection (DAD) (Hewlett-Packard-1050 with an automatic injector and DAD 1050 series instrument) and HPLC-tandem MS (HPLC-MS/MS) (Agilent 1100) equipped with an autosampler and coupled to an API3000 triple-quadrupole mass spectrometer (PE Sciex) (48).

Because the epidemiologists lacked sufficient knowledge to understand this method of measurement, they simply wrote in the EFSA publication HPLC. It is known that HPLC is a chromatographic principle that separates compounds according to polarity – but for detection HPLC needs to be combined with LC-MS/MS.

This simple analytical principle was deliberately misconstrued and maligned in order to push the agenda of the big olive oil companies that did not want the focus to rest on the polyphenols instead of the mono-unsaturated fat content. They pointed to the IOC (International Olive Council) official method for measuring polyphenols is HPLC. The IOC under pressure admitted to HPLC’s inability to accurately measure the polyphenols and sought new methods. But the EU health claim regulation did not state the method needed to be accepted officially by the IOC. The IOC does not recognize any health claim for polyphenols. This became a rather silly debate with bureaucrats finding every trick in the book to deliberately deny the accurate measurement of polyphenols.

This is when an application was made to the EU commission to study and determine the best agronomic factors required to produce high phenolic EVOO, and certify two methods and two laboratories in the EU to carry out the certification of these high phenolic EVOOs with a health claim. This is how the ARISTOIL Interreg MED program was born and accepted in 2016. Two methods were studied and tested and found to be acceptable for the measurement of polyphenols. The NMR and the LC-MS/MS. After 3 years and with over 3,000 participating olive growers in 5 countries – Greece, Cyprus, Croatia, Italy and Spain we are now beginning the next phase: creating clusters of olive growers, olive mills, bottling companies, and retailers and hospitality businesses to promote and showcase the ARISTOIL symbol and the high phenolic EVOO it represents.

New portable handheld tools were developed, designed and built such as the Aristometro a portable spectrometer calibrated to analyze the Aristoleo Test Kit color image and provide a digital read out of the total combined phenolic compounds in EVOO; oleocanthal and oleacein. It matches the accuracy of the NMR method at a fraction of the cost. 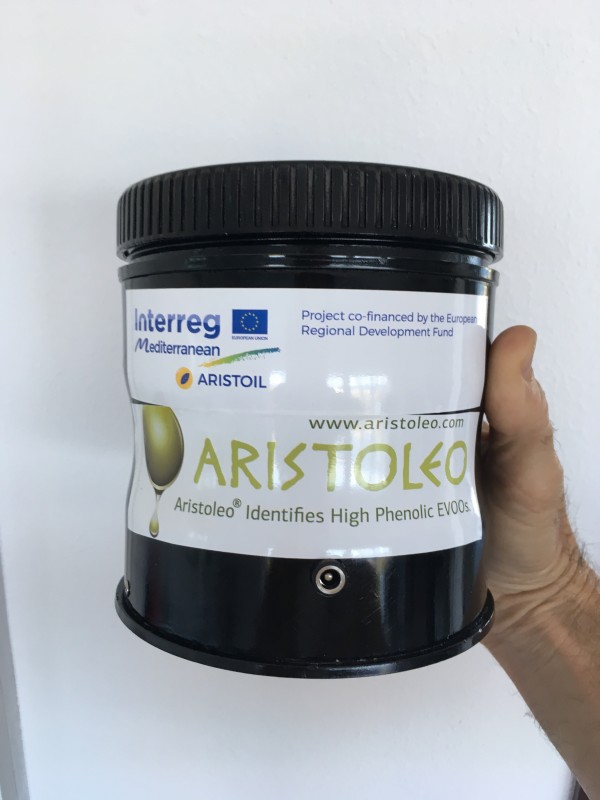 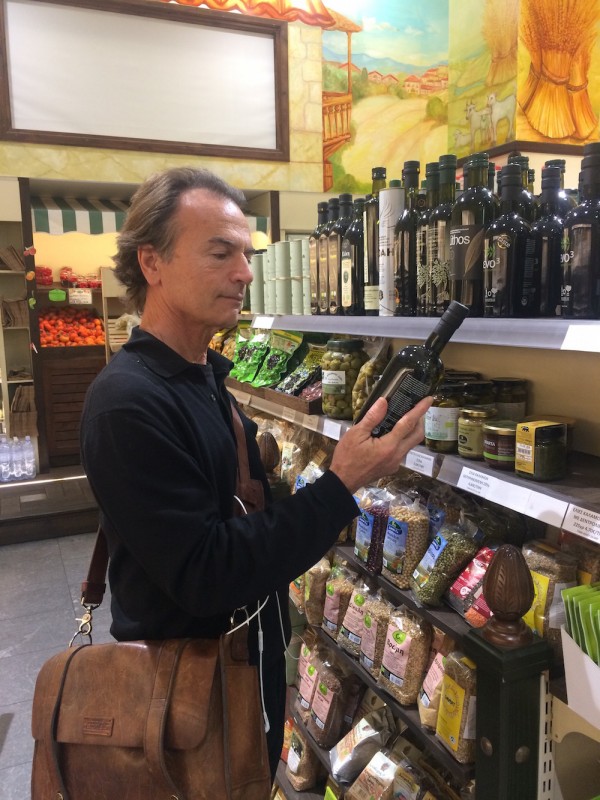 “The health benefits of olive oil are 99 percent related to the presence of the
phenolic compounds and not the oil itself.”
NASIR MALIK,
RESEARCH PLANT PHYSIOLOGIST, U.S.D.A

Today is the day! This the first time pure oleocan

#TheGovernor #highPhenolic #EVOO is one of the mos

One sea bass done, now for some olive leaf and #hi

"Today is the youngest you will ever be. Live like